A historical photo of a Baden Street Settlement classroom. The organization began as the Social Settlement of Rochester in 1901 to help immigrants assimilate into American culture before shifting focus to providing aid to the urban population. (Photo provided)

Baden Street Settlement has changed tremendously in its first 12 decades, but one thing remains constant: its ability to adapt to what the Rochester community needs.

Founded in 1901 by two members of Temple B’rith Kodesh, Therese Katz and Fannie Adler Garson, Baden Street was first located on Gibbs Street and was known as the Social Settlement of Rochester. The settlement house — indeed, all settlement houses — began as a way to assimilate immigrants to the local culture and make them feel more comfortable in their new home. The two women wanted to create an organization that was devoted to the social wellbeing of the community.

Early on, the temple on Gibbs Street worked well for what the organization was. But the women thought a location in northeast Rochester would better serve the immigrant population. The new headquarters of the Social Settlement opened at 152 Baden St. in 1902. It proved immediately popular when 300 women registered with the organization in its first year. 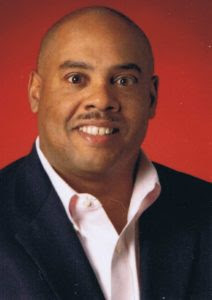 When it became evident that male immigrants also needed the services that were being provided for women and children, Baden Street expanded its building and offerings. In 1904, the organization opened an assembly hall at the back of the house, which presented a variety of social and athletic clubs for boys. Equipped with showers and tubs, the hall’s basement offered free bathing facilities for neighborhood residents. The service was a forerunner of the public baths the city of Rochester installed in 1908.

The Social Settlement opened a dispensary in 1907 that was staffed by volunteer doctors and nurses. By 1915, 450 patients were being treated at the facility each month.

Baden Street’s ability to adapt was evident when, during the 1950s Rochester’s northeast neighborhood began to change. By that time, African Americans comprised more than half of the community’s residents. As a result, Baden Street adapted its focus from Americanizing immigrants to addressing the social and health concerns of urban Americans, many of whom were living in the newly-erected high-rise public housing units adjacent to the settlement.

Today, Baden Street Settlement is surrounded by housing development communities rather than the “projects” of the 1950s.

“Eventually the community again morphed. We’re now surrounded by (roughly) six housing developments; everything from Chatham Gardens to Wilson Commencement (Park) across the street to senior housing,” Marsh explained. “So Baden has again adapted to what the community needs — everything from behavioral health and addiction services clinics, a senior center and emergency family assistance.”

With roughly 100 employees, Baden offers a full range of services to its community, including:

Historically, Baden Street Settlement has been something of an extension of the living room, Marsh said, and it is that aspect that the organization is working to rebuild.

“We want to be here for people, not just because you have a dire need or that your life is in distress, but that you’re here to enjoy yourself,” he said.

The pandemic, while requiring the settlement to serve those with dire need, also presented opportunities for the organization to advance and improve. Prior to Marsh’s arrival as executive director in July 2020, Baden did not have broadband, which it desperately needed during COVID.

“We had talked for a long time about getting broadband at Baden and we talked to the carriers around here and they said it’ll cost you $60,000 to get broadband. There was no way we could afford that. So through the ingenuity of an employee and a city housing development next door, Chatham Gardens, we managed to very legally run a pipeline from one of the apartment houses about 10 feet from Baden, and then from there Spectrum said, ‘OK, since you’ve legally had that pipe run we’ll now provide you with broadband,’” Marsh recalled. “It’s that kind of ingenuity that keeps us going. We couldn’t have afforded it otherwise. Which shows the plight of people in the community where broadband is not plentiful. It’s not like you can just call up Greenlight and get a great internet account. People around here have to be creative.”

That ingenuity enabled Baden open up a Telehealth hub for people to communicate with their doctors. In August this year, Baden was awarded more than $500,000 in the House appropriations bill to ensure that the settlement can continue to provide critical services in Rochester.

“A lot of that grant has to do with Baden upgrading its infrastructure. We don’t need a lot of money to run our programs, but what we do need are facilities,” Marsh said. “We did things with spit and duct tape. We just kind of held stuff together. At some point you have to make an investment in infrastructure.”

Funded primarily through grants, donations and some Medicaid reimbursements, Baden also has been able to rehabilitate a gymnasium at its rec building and emergency family assistance that is located on Vienna Street, as well as repair the roof at the main facility that was falling in and had a tree growing out of it.

Marsh said the Baden board of directors has been supportive and committed to enhancing the settlement and its services. In a typical year, Baden serves roughly 8,000 people, which likely grew exponentially during the pandemic. The settlement’s staff stepped up during the pandemic and continue to show the same commitment to the community that their predecessors a century ago had, Marsh said.

“Many of them don’t make market wages, but they are truly committed to the community and to Baden. And we have volunteers that come in,” he said. “I think the thread that runs through it all is that Baden is more than just a building, it’s a commitment to a neighborhood.”